The era we are in termed as the Machine Age or Digital Age, which basically means everything that can be automated, will be automated. And as we speak, certain actions and things are being performed in the direction.

Initially designed to just carry out large calculations, the computers now-a-days have become one of our necessities. Such a drastic change within no time in contrast to the inception of computers.
And now with Artificial Intelligence on the boom, the technology will revolutionize the way we live. Tesla’s driver-less car, Amazon Echo and Google Home, are just the beginning. 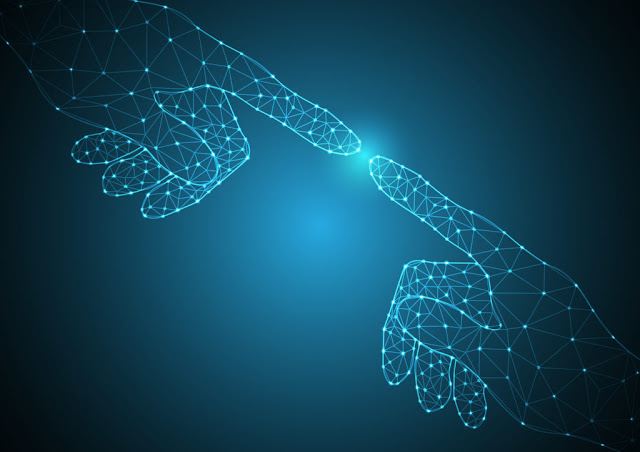 But how come all this happened so rapidly? The answer to the question is simple. Python. 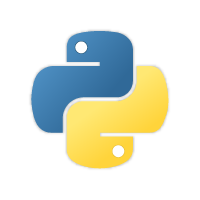 According to the TIOBE index, Python is the 4th most popular programming language out of 100.

In other words: Python is the new C!

People plugged into coding, have only one thing to say when it comes to Python, and that is, it is a human thing. The language we humans use to speak, certainly, computers don’t understand that. But such is not the case with Python. It is as simple as speaking English.

With this being, anyone with zero or less knowledge about coding can easily delve into coding and become an expert. Because Python makes it easy to do so. Its syntax is user-friendly, the main focus one needs to do is on the solution of the problem and not on remembering the complicated or length-long syntax.

Python was created to provide ease of access. And anything rigid can’t cater to it. When it comes to flexibility, Python stands on the top.

It is a dynamically typed language, i.e. no need to mention data type based on value assigned, it takes data type. This means there are no hard rules on how to build features, and you'll have more flexibility solving problems using different methods. 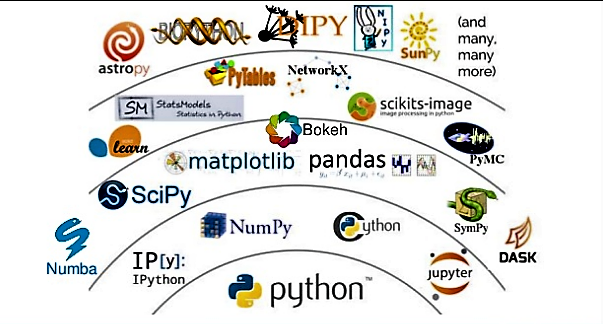 Also Python has in-built libraries, i.e. a collection of functions and methods that allows you to perform many actions without writing your code, making it simpler to access and adapt.

Probably, you’ll be thinking, how having a wide scale community a perk. Well, you don’t ask the same question when everywhere you travel you find people talking and discussing about GOT and Avengers. 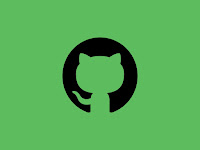 Python has the 5th Largest StackOverflow Community, 4th Most-Used Language at GitHub, 3rd Largest Meetup Community, that means the more likely you'd get help and the more people will be building useful tools to ease the process of development.

4.  Your path to the dream job

If you’ll research and talk around, Python is the hottest thing in the market. It is the 2nd most demanded skill on Angel List and also the skill with the highest average salary offered.

Recruiters actively look for candidates with a knack of Python. It this six letter word is on your resume; you won’t be neglected at any cost.

With the artificial intelligence, data science and machine learning taking over the entire scenario, Python is more in demand than ever, especially it can be integrated into web applications without much ado. 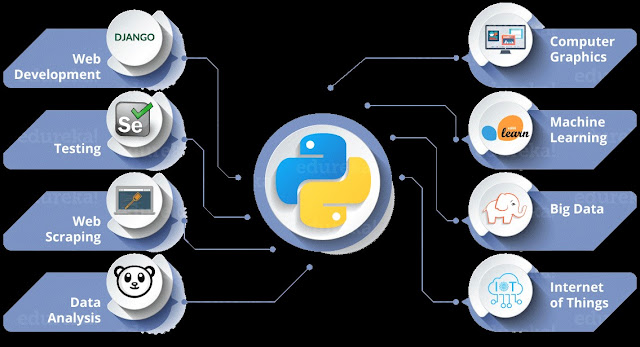 As mentioned earlier, Python is the 4th most popular programming language out of 100, and with many developers using the same platform at one single time, and the environment supporting them, it is not shy to say that Python has rooted itself in the realm.

As of now, we are well versed with the advantages of Python, but there is still one and the biggest disadvantage that we are ignoring.

So, relying on the system is the biggest mistake one can do when thinking of future.

It’s your future and you only have to take actions for it. No one else is responsible. Only you!

Don’t waste time, just get on where learning happens in the real way: the practical way.

Popular posts from this blog

The PPC of Coding!

May 22, 2019
In layman terms, Coding is defined as a way of communicating to computers .  Technically speaking, code is a precise set of instructions a computer can understand.  But actually, coding in an art form. It is just another way to express yourself. In the impending years, coding is going to be one of the essential skills that everyone must possess. Not because the technology is at boom and there will be surplus jobs in the sector , but now is the real time when the magic of coding is going to dazzle each one of us. But like every other art, one must possess some skills in order to achieve what one aspires to. Coding is a very technical thing that involves a large number of concepts and logic. And to get hold of these, one must be aware of the PPC terminology. I  Practice When we start off with anything, we are often of the view to attain mastery in that very field. There is nothing wrong in that, but we tend to neglect the efforts, be it physical and emotion
1 comment
Read more

The Art of Learning

May 16, 2019
Back in 18 th century , the Education System was established with a basic purpose of imparting knowledge . Knowledge of things that governs each and every aspect of us. From the mechanics of human body structure to the laws of the unending universe, the schools and universities that we linger on, guarantee to provide us the ins’ and outs’ of every single molecule of it. How intriguing that is! But is that actually happening? Or have we become a cogwheel where things are going on and on but nothing substantial is being produced? Undoubtedly, the main intent is of learning. And to understand this in a better context, we must clarify what actually learning is. What is learning? By definition, Learning  is the process of acquiring new, or modifying existing, knowledge, behaviors , skills, values, or preferences. The Traditional Path Everywhere you go, you’ll be told you must learn. Learn whatever you want to. But no one tells how to do it? Be
Post a Comment
Read more